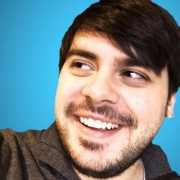 When I first graduated college with my degree in architecture, the last thing I was worried about was having dual computer monitors.  In fact, I was looking for anyone that would just take a chance on me.  But, eventually I got my foot in the door and gained some experience and decided to move to greener pastures.  When I started thinking about the kind of questions I wanted to ask during interviews, oddly enough, one of the first things to come to mind was, “Will my workstation have dual computer monitors?”.

I spent a little time working as a graphic designer right out of school. One of my coworkers there ranted and raved about the benefits of dual monitors as he looked over my shoulder and saw that I only had one. I didn’t know any better at the time so I sort of just brushed it off. But it didn’t stop there, my friends started to rant and rave about their dual screens too. So when I was building my own computer, I decided I’d give it a go.

What I Learned From Using Dual Computer Monitors

I’ll be straight with you here. Now that I have used dual monitors it pains me to imagine going back to just one. The benefits vastly outweighs the one time cost of a monitor.  It’s easy not to realize how much display real-estate all of your programs and windows take up.  The time it takes to close and open windows because you’re trying to manage what you see on a single monitor really adds up quickly.

I decided put my thoughts to the test and see just how much time I could save using dual computer monitors against a single computer monitor.  I assigned myself a short task (resizing & saving 10 photos in photoshop) and kept track of the amount of time it took to complete the task in both scenarios.

In the case the a single monitor, the task took 532.39 seconds

In the scenario with multiple displays, the task took 507.76 seconds

You’re probably thinking that a 25 second difference isn’t that big of a deal, but let me explain.

For this task I saved 25 seconds for about a 9 minute period of time by using a double monitor.

Over the course of:

Really seems to add up doesn’t it?  It drives me crazy to think that every year I’d be throwing away almost 100 hours of my time simply because I lack display space.  Is dropping a couple hundred dollars on a monitor worth that time to me?  You bet.

If you’re looking to gain back your time, I want to make things easy for you.  Based on my own experience in building computers and using monitors, I’ve compiled a list of the monitors that I think will give you the most bang for your buck.